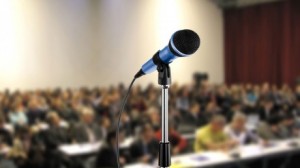 On Thursday 3 November University Alliance, together with The Work Foundation, held ‘Growing the future’ event which looked at the role universities play in regional and national growth.

Universities are critical to the future growth of our economy. However much we may see this statement as indisputable; this role is often underplayed, under-utilised and misunderstood. The Government’s growth review published earlier this year sets out some important and ambitious goals for the UK economy. Ahead of the Government’s second phase of the growth review, this debate and following roundtable discussion, will look at the role universities are playing in driving regional and national growth and the further steps needed to recognise the role universities have in leading the economic recovery.

‘Growing the future’ is a new publication from University Alliance, featuring articles from The Work Foundation, illustrating the vital role universities are playing in the economy through the voices of the very people who have experienced first­hand the power of genuine engagement and partnership with universities. Contributors range from business leaders, politicians, economists and the like from the UK and abroad, including, amongst others, Sir Patrick Stewart, Sir Richard Lambert, Will Hutton, Angela Saini and a foreword from Vince Cable.

Check out the images from the day.