Design is a historically and culturally situated practice. It has meant different things, to different people throughout history, and so when questioning what role design plays in the educational disciplines and activities of science, technology, engineering and maths (STEM), it is perhaps worth retracing the formalization of design as an educational discipline. 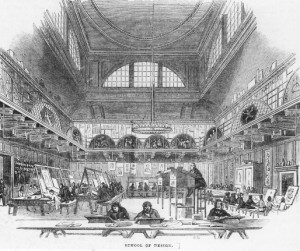 Whilst there is no question that instructive design training has taken place for as along as humans have been making things, it is commonly understood that the establishment in London of the Government School of Design in 1837 marks the institutionalizing of design as a subject for purposeful education.  Established as a recommendation of the Select Committee on Arts and Manufactures, the School of Design, now the Royal College of Art, was a strategic response to anxieties that in the arts as applied to industry, the country’s mechanics found themselves deficient due to lack of instruction.

Not surprisingly, the anxieties and concerns that led to such aims came primarily from national, industrial, and commercial ambitions. Understood as ‘a peculiarly manufacturing nation’, Great Britain was found wanting in arts as applied to design when compared to other nations such as France, Prussia and Bavaria – a finding that has echoed repeatedly to this day. Therefore, whilst the ambition of the Report’s authors was to extend ‘a knowledge of the arts and principles of design among the people’, it was especially to the ‘manufacturing population’ they paid attention.

“…whilst the ambition was to extend ‘a knowledge of the arts and principles of design among the people’, it was especially to the ‘manufacturing population’ they paid attention.”

There was no board, minister or ministry of education, so the Government School of Design was established under the auspices of the Board of Trade alongside other responsibilities such as the railways, joint stock companies and statistics. In the years immediately following the creation of the first in Government School, others were established in the major manufacturing provinces of the country, many of these constituting the founding institutions of what are today several University Alliance members.

In spite of the schools stated purpose to be concerned with design, the term design was at this time fairly unstable as a 19th century industrial concept. Historians and writers have tended to find etymological traces of the word design in the Latin term Disegno, conveniently suggesting as it does, both the practice and the product of drawing. However, the slightly less considered origin for the meaning of the word describes intention. One of the most common contexts in which someone in the first half of the nineteenth-century might come across the word design was when reading about the designs that eligible young men might have for eligible young women in the novels of Jane Austen. Used in this way, the word design describes the agency of intention – a plan or a scheme.

Nevertheless, the embodiment and realization of intention is a concept perhaps lost from many notions of design today, whether these arise from the productive realms of the profession, manufacturing and industry or the dazzling consumer worlds of the marketplace. Yet, understanding design as purposeful intention is perhaps essential to understanding what role it plays in the STEM disciplines.

The fact that the Government Schools were explicitly concerned with work and production rather than ‘art’ demonstrates that they were not at this time intended as a stage for exploring design as a form of cultural production – even if successive great exhibitions from the mid-century cast design precisely within these often nationalistic terms. Design was always explicitly concerned with the industrial, technological and scientific possibilities of invention and it gave these abstract innovations purpose, value and meaning. 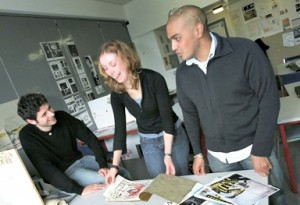 In an age when ‘design thinking’ offers readily imported creativity into business schools and technology departments alike, it is perhaps worth reflecting on what design thinking means for designers. Recently whilst showing a visitor around the Faculty of Art, Design & Architecture at Kingston, I had the opportunity to briefly step into a first year graphic design crit. Groups of students, still only in the first few weeks of their degree course were presenting to their tutor and fellow students the ‘working’ ideas and proposals that they had come up with in answer to a ‘brief’. On presenting their work, each student was met with a set of questions such as what, why, how, who, when. Each answer they offered, met with yet more questions, and suggestions about how they might test and push, develop and explore their initial ideas, and so the process of educating critically aware, reflective and enquiring practitioners begins.

What seems key to this process, indeed key to all creative design processes, is the understanding that the ‘idea’ is always a mobile and restless proposition in search of resolution, and that the role of the designer is to look beyond answers in search of innovation.

At its heart it seems that design thinking, if such a practice might usefully be described, offers a strategic means through which to manage and exploit creative innovation, and it is perhaps precisely this which makes its presence within STEM disciplines so important, compelling and promising. 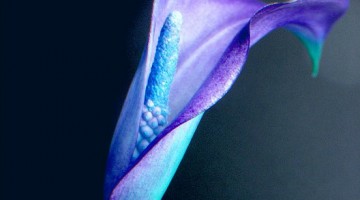 The transformational role of design 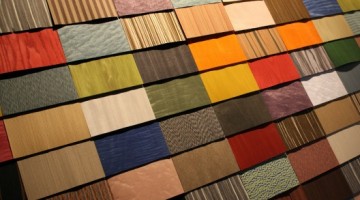