Keeping it local in Blaenau Gwent

How Newport University’s TV Channel is supporting businesses and communities.

The region that Newport serves contains some of the most deprived communities in Britain. Therefore, the University’s relentless focus on supporting South East Wales through innovative measures has continued to grow in recent years.

3VTV’s specific remit is to try to find a sustainable model for local TV which benefits the economy.

As well as the University’s strength in Widening Participation and Lifelong Learning, it also runs a series of services and projects in the communities of the Heads of the Valleys region. One of these, launched in January is Three Valleys Television, or 3VTV, a Hyper-local Internet based TV Channel for the people of the County Borough of Blaenau Gwent.

With financial support from the Welsh Government, 3VTV is designed to extract the  economic and social potential of the growing trend in Hyperlocal broadcasting to the benefit of an area with more than double the national average of Jobseeker’s Allowance claimants, and triple the number of JSA claimants per vacancy as the UK average.

Despite its economic problems, Blaenau Gwent has tremendous community spirit, five town centres with their own distinct identities and personalities, and plenty of enterprising, hard-working people trying to start or grow their own businesses.

Now almost a year old, the project is continuing to develop ways in which it can meet its ultimate mission of providing a positive impact locally.

3VTV’s specific remit is to try to find a sustainable model for local TV which benefits the economy. The channel makes free “taster” adverts for local small-to-medium businesses who have never before used video for marketing, and these are shown  on the channel alongside documentaries and features about the local area and its communities.

These businesses are encouraged to continue their marketing campaigns by working with local production companies to have further adverts made. The ultimate goal is to boost the bottom line of these businesses by giving them the perfect platform on which to advertise to the customer base on their doorsteps.

The channel is still young, but already there is anecdotal evidence about its potential to help local businesses and, particularly, local high streets. Soon after her advert went live on the channel, one gift shop owner reported that she had had several new customers visit after seeing it. She herself had seen ads on the channel for two shops in the neighbouring town – one a haberdashery, which she said was an unusual find nowadays – she hadn’t known were there and to which she had since paid a visit. In another town, a café has won several catering contracts since joining forces with 3VTV.

Newport’s experiment in hyper-local television in Blaenau Gwent shows there are other innovative ways to support the communities we serve.

Now almost a year old, the project is continuing to develop ways in which it can meet its ultimate mission of providing a positive impact locally. Increasingly, its potential as a town centre marketing tool is becoming clear. The issue of how best to improve our town centres is high on the agenda of governments central, devolved and local, and 3VTV is showing that hyperlocal media can play a key role in solving the problems they face, perhaps ironically due to the role of the internet shopping in weakening the high street’s role in people’s lives. 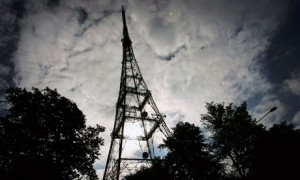 The channel has established good links with a range of partners and stakeholders, including the social enterprises People’s Voice Media and Totally Locally. Working with People’s Voice Media, the University of Wales, Newport will launch Community Reporter training modules in January. In Blaenau Gwent, this will lead to the creation of a cohort of 3VTV community reporters to provide regular news content to the channel. Totally Locally works with towns to support them in marketing their independent traders, and it is hoped that their tried and tested marketing campaigns can be combined with the channel to offer Blaenau Gwent’s five towns an innovative way to promote themselves locally.

Universities like Newport will always remain committed to the traditional route of promoting social justice by opening up access to education for those who may otherwise consider it beyond them. However, Newport’s experiment in hyper-local television in Blaenau Gwent shows there are other innovative ways to support the communities we serve. For more information contact 3VTV Project Manager Gemma Collins or visit www.3vtv.co.uk. 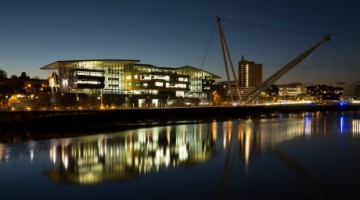 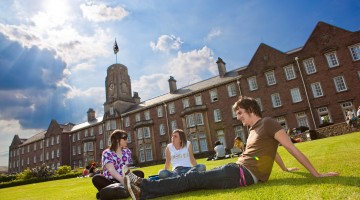