Skip to content
University Alliance > Policy > A comparison of HE funding in England and Australia: what can we learn? 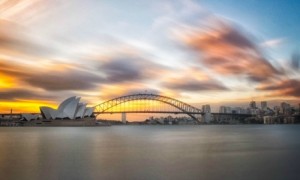 A new report, written by Libby Hackett, Chief Executive of University Alliance, and published by the Higher Education Policy Institute, looks at the comparisons of higher education funding in both England and Australia. The report identifies a number of lessons we can learn from Australia, In particular, addressing the high, and growing, cost of non-repayment of student loans and the lack of fee loan access for postgraduate students and part-time students.

Some key observations include:

First, the Australian system operates a much lower level of non-repayment of student loans. Public subsidy of loans is just 25% in Australia (and this includes an interest-rate subsidy alongside non-repayment) compared to the UK’s 45%. The Australian graduate repayment system has a high earning threshold for repayment (like English system) and a progressive, income-contingent repayment system (like England ) but once the graduate crosses the earning threshold the monthly repayments are higher.  Australian graduates make higher repayments to achieve a much shorter repayment period; just 8.4 years on average compared to over 26 years for English graduates. This has a significant impact on bringing the rate of non-repayment down in the Australian system. It also ensures that the vast majority of Australian graduates pay off their student loan before the age of 30 when, typically, they will be starting to buy houses, get married and /or have children.

The obvious lesson for us in England is that loan design matters; particularly the graduate repayment system. There has been a lot of attention of future graduate wages increasing the 45% non-repayment of loans (or ‘RAB’) in England but perhaps we should also look at a loan design that asks only £7.50 a week from someone earning £25,000 a year.  At this rate, no-one should be surprised that it takes over 26 years to pay back and that over 60% of students will never repay their loan in full.

Second, the Australian system includes a loan design called FEE-HELP. The undergraduate FEE-HELP loan carries a 25% surcharge that gets added to the loan and, in effect, creates a student loan where the cost of non-repayment of loans is zero. This is a relatively small part of the Australian system but provides an excellent proof of concept that is possible to operate a student loan that does not carry public subsidy. This is worth repeating.  The undergraduate FEE-HELP loan proves that it is possible to operate a non-subsidised student loan.

Third, unlike in England where postgraduate students and two thirds of part-time students cannot access a loan to help with the cost of their fee, FEE-HELP in Australia ensures that virtually all students can access a fee loan that is repaid after graduation.  And it gets even better.  Given the relatively low level of loan subsidy, they are able to offer a lifetime loan allocation (around $100,000) giving everyone maximum flexibility and choice to enable them to up-skill and re-train in support of a diverse and rapidly evolving job market. Given the huge cost of non-repayment of student loans in England, we are only able to offer fee loans to first-time undergraduate students – one hit and you’re done.

Fourth, the Australian’s called it a Higher Education Loan Programme – HELP – and developed public discourse based on the Government providing help for students to cover the cost of studying. In the UK, we used terms like ‘fees’ and ‘debt’ and wondered why students protested in the streets.

Of equal significance, Australia chose to go with three fee bands rather than one fee maximum, alongside published bands of ‘core funding’ by subject. In other words, every student knows both what their contribution and the Government’s contribution is towards the cost of their course.  These funding levels are understood in the public mind-set, engendering a sense of social contract based on the shared contribution of costs. There are obvious lessons for us to learn around both language and transparency in a system where our Government now puts the vast majority of public funding for higher education into invisible loan subsidy.

The report finds a few more ‘lessons’ for the English system in Australia’s recent experience, for example in their recent ‘demand-led’ policy and their regulation of Alternative Providers. Both are highly relevant to current policy in England following the autumn statement in 2013 that announced the removal of student number controls from 2015-16 and the growth of alternative providers; they make for interesting reading and are covered in detail in the report.Given the central importance of higher education to any modern, global economy, these are big issues for our Government or any future government to get right and will undoubtedly form part of the election debate. Public and political discourse will focus on £9,000 fees, student debt and the 45% non-repayment of student loans but hopefully this report will contribute to the wider debate. A well-designed higher education and student finance system will be critical to the future of our economic and social prosperity as a nation; anything we can do to contribute to that is at the heart of the purpose of both the Higher Education Policy Institute and University Alliance.  Further proposals for a future funding system will be published by University Alliance in June as part of our uni_funding work.

The Australian – Retention-based funding could add up

Learning lessons from other nations

THE – We Could Learn From Australian Funding System