Skip to content
University Alliance > News & Media > News Releases > HELP from Down Under? 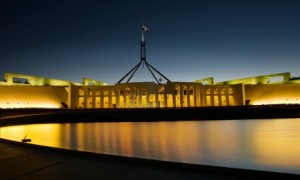 As the Australian Education Minister, Christopher Pyne, touches down in the UK on a fact-finding trip, the Higher Education Policy Institute (HEPI) publishes two new comparisons of the English and Australian higher education systems.

“England and Australia have many things in common. That includes dealing with the costs of a mass higher education system via student loans.

“The two countries face many of the same challenges in higher education. But the Australians have often been ahead of us. They recently removed student number controls, as George Osborne has promised to do here in 2015. After much debate, they have adopted a more welcoming regime for international students. Australia even has a parallel loan scheme for postgraduates from which we could learn.

“There are some issues that neither country has fully resolved – such as how to recoup loans from graduates who have moved abroad. But people working on higher education policy in Australia typically watch England more closely than we watch them. That needs to change because it is not just on the cricket pitch that we have things to learn.”

“We wanted to look at the Australian way of funding higher education to see what we might learn. There are two big problems with the English system right now: firstly, the growing cost of unpaid student loans (the 45% RAB charge) and secondly, that postgraduate students and even many undergraduate students (those seeking to re-train or up-skill) cannot access a student loan to cover the cost of upfront fees.

“We are looking at intelligent solutions that would address our problems without the need for radical overhaul; Australia is an excellent place to look. Through their Higher Education Loan Programme (HELP), that helps every student to contribute towards the cost of their degree, they have demonstrated that it is possible to design a loan system that almost entirely eliminates the cost of non-repayment for government whilst also reducing the long-term burden of debt for graduates.

“Another thing the Australians have cracked is the visibility of their public investment in higher education, with every student aware of the Government’s contribution towards their studies. The rise in fees in the UK to £9,000 brought with it a public perception that Government had cut all funding to higher education in most subjects, when in fact it is still investing billions. The lessons here for England are about the balance of investment and transparency.

“Spending so much on loan subsidy and so little on other things is a lose-lose situation.  We need to reinstate a social contract between students and government based on a practical demonstration of shared investment.”

Both reports are available at www.hepi.ac.uk.

2. HEPI’s next Annual Lecture will be delivered by Professor Paul Wellings, Vice Chancellor of Wollongong University, in November 2015.

3. The Higher Education Policy Institute’s mission is to ensure that higher education policy-making is better informed by evidence and research. We are UK-wide, independent and non-partisan.

4. University Alliance is a group of leading global universities for science, technology, design and the professions working together to tackle the big issues facing universities, people and the economy.

The Australian – Retention-based funding could add up

Learning lessons from other nations

THE – We Could Learn From Australian Funding System