Skip to content
University Alliance > Blog > What kind of place do we want to live in, really…?

What kind of place do we want to live in, really…? 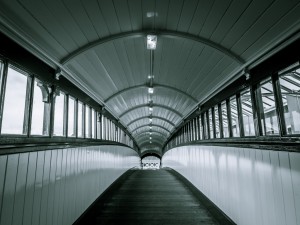 Alan Milburn, the social mobility tsar, gave us a stark warning this morning as he launched his Commission’s latest State of the Nation report, that the UK risks becoming a ‘permanently’ divided society unless ‘radical new’ approaches are taken by the next government.

In the second annual report, the Social Mobility and Child Poverty Commission has thrown down the gauntlet and challenged politicians of all parties to be much more ambitious about how to ‘ensure that there is a social recovery alongside the economy recovery’.

Mr Milburn’s passionate rhetoric goes beyond the need to get Britain back on track to abolish child poverty.  He bluntly warns that the link between effort and reward on which social mobility relies has been broken by changes in the housing market – home ownership rates have halved among young people in 20 years – and the labour market – 5 million workers are trapped in low pay.

Even where young people have worked hard and succeeded at university – the ‘who you know, not what you know’ monster rears its ugly head yet again.  In the report’s own words…

‘Our analysis of top banks and consultancies shows they mainly recruit from highly selective UK universities which themselves recruit from a narrow pool of talent.  We have heard evidence of some organisations recruiting through the “old boys’ network”, where recently recruited graduates are asked to “tap up talent” through their personal networks in their alma mater. In addition, in some sectors like law, the number of very high-end opportunities has been shrinking (for example, training contracts with City firms).’

We at University Alliance agree wholeheartedly that this has to change. Talent is being needlessly excluded based on outdated understanding of what makes for a successful graduate. This is a shocking waste that could help their businesses and the economy to grow and flourish. The Social Mobility and Child Poverty Commission know this and had this to say,

Do employers really want to blindly carry on with their old ways of recruitment simply because, ‘well, that’s what we’ve always done’?

We ask them to take a moment to reconsider.  Our group of Alliance universities don’t believe in doing what’s always been done. We believe in helping young people to achieve their fullest potential, wherever they have come from and wherever they are going to.  That’s why our universities have stepped up to the challenge of producing job-ready graduates in the 21st Century.  They are continually developing their offer to help students overcome such hurdles – for example by embedding social capital across their programmes to provide new connections and supportive relationships in place of the “old boys’ networks” of old. We know from speaking to employers, big and small, that they value partnerships with universities which result in graduates who are ready to hit the ground running.  Alliance universities accept students from a diverse range of backgrounds and achieve some of the highest graduate employment rates – this is a great success story. Through transforming the lives of the many, not the few, these universities are making a huge contribution to social mobility in the UK as well as the economy

‘Good quality work experience integrated into a degree is still the exception not the norm. One way to do this is sandwich courses – where a year or more of a course is spent outside of a university working for an employer. Half of this type of provision is concentrated in University Alliance institutions.’

The debate on social mobility needs to be dragged out of the 1970s to recognise the full breadth of routes to success and the huge diversity of opportunity in a global technology-rich graduate employment market. As the report also points out, the removal of the student numbers cap is poised to expand universities and professions dramatically.  This is a good thing because poorer students will always be disadvantaged in a system that restricts places. It is also an opportunity for us to look harder at how we create progression routes for all – how we help students to develop the additional attributes, including social capital, they need to success at university, in the workplace and in later life.

It all boils down to what kind of place do we want to live in, really?  One that rewards talent and hard work, or one that rewards you based on ‘who you know and which university you went to’? I know which one I want, and I have a fairly good idea about which one Mr Milburn and the Social Mobility and Child Poverty Commission want as well.

You can read more about our social mobility activities here in our Closing the Gap report.