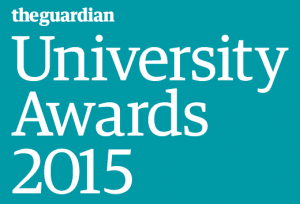 The Guardian university awards showcase best practice, achievement and innovation across a range of categories. Honouring excellence in everything from teaching practice to inspiring facilities, the awards act as a sector benchmark and offer universities a seal of approval for their most outstanding work.

All shortlisted entries will be invited to attend the awards ceremony in central London in March 2015, where the winners will be announced. In addition there will be a dedicated site which will host a university awards “ideas bank”, containing all the written submissions that made the shortlist.

University Alliance is a co-supporter of the Guardian University Awards 2015.