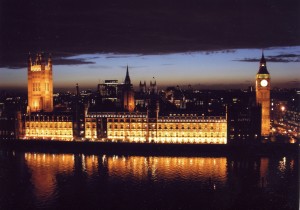 A subject very close to our hearts was trending in London on Twitter on Wednesday night.

Anyone whose curiosity had been stirred by the steady climb of #casedebate15 to the top five spot on the social media site and clicked onto its timeline may have been surprised by the passion and blow-by-blow details of “who-said-what” and each thrust and counter-thrust by those in the audience (as well as many more commentators determined to have their say from elsewhere).

Wednesday night saw universities, science and cities minister Greg Clark (Conservative), Liberal Democrat science spokesperson Julian Huppert, and shadow universities, science and skills minister Liam Byrne (Labour) facing off in a cross-party debate organised by the Campaign for Science and Engineering. There appeared to be standing room only at the event which was hosted by the Royal Society.  Space scientist Maggie Aderin-Pocock of University College London was doing the chairing duties.

In reality, most of the drama was perhaps confined to Twitter, although there were initial speculations that this was the “first political debate” of the 2015 election – the first hustings – despite several tweets cheekily querying where UKIP or the Green Party were.

Harking back to the TV debates when everyone “agreed with Nick”, all three spokespeople seemed to be in accord about nearly everything – we should be spending more on science and research, we must protect the Haldane principle, schools need more science-trained teachers, we need greater diversity in science especially at the top, we need more collaboration in universities, and so on.

Both Huppert and Clark reinforced the principle of funding excellence wherever it exists. However, this is despite the fact that the Coalition Government’s recently published Science and Innovation Strategy only committed to competitive allocation for “over half” of the £3 billion to support individual research projects and labs. Clark also noted that funding needed to be more agile and facilitate collaboration.*

Let’s look at what they said on the latter.

Byrne wants to reinstate the post-study work visa.  He’s concerned about the declining numbers of international students in the UK and how this would affect UK science. He also wants students to be removed from immigration targets.

Huppert agreed with Byrne but called for greater efforts to tackle xenophobia in the UK. He pointed out how this is something that is now seen as acceptable and is poisoning the debate.

Clark was keen to stress that foreign students are a good thing for the UK and he wants to expand the number of people coming to the UK to study.  Everyone will be keen to know how this sits with Home Secretary Teresa May as she has said she wanted to expel international students (non-EU) once they graduate from UK universities, making them apply for a new visa from their home countries if they wanted to work in the UK. This was ruled out by the Chancellor of the Exchequer George Osborne, after fears it would damage universities and business.

On tuition fees, Byrne said that around £70-80bn of student debt will have to be written off because some students will simply never earn enough to pay off the debt. He explained that a gradual shift to a graduate tax would allow for more sustainable funding of universities – warning that the current system cannot last much longer and would soon ‘to fall off a cliff’.  He didn’t, however, make any mention of lowering the cap on tuition fees to £6k.

Clark reminded us that despite the tuition fee rise, we have the highest ever number of students at university. University is a good investment for the student and the tax payer, he said.  He agreed there was a need to reform fees but a graduate tax, he added, would require universities to cut back on spending.

Tuition fees is not always an easy subject for the Liberal Democrats following the controversy and vitriol they have faced over the last four years after the U-turn on their election pledge to scrap tuition fees. Huppert said he would like to see more money for students while they are studying and more support for PG students.  While graduate tax has a lot of merit, he didn’t know how he’d fund scrapping tuition fees.

Well, this is what the science and universities spokespeople for the three parties say they want. It will be interesting to see how much of this sticks as the electioneering juggernaut gets under way over the next few months ahead of the big day in May.

* University Alliance is carrying out a consultation on what the research environment needs to succeed – we’d be interested to hear your thoughts on this vital issue.