Researchers at Nottingham Trent University (NTU) are helping to increase inclusion and educational attainment for different groups of learners. Their work with children with Special Educational Needs, ethnic minorities and those with disabilities has been integrated into guidelines used by local, national and international education authorities, improving the life chances of thousands.

Feeling excluded from education affects a number of different groups within society, putting them at risk of receiving a poorer standard of education and drastically affecting their future life prospects. Children with Special Educational Needs (SEN), in particular, are more likely to underperform academically or be excluded from school. Some groups of learners in further education may also switch off and feel disengaged due to their wider experiences of social and cultural exclusion.

NTU’s research has led to SEN placements being established as an integral part of initial teacher training courses. Their findings have also informed training for new and existing teachers to develop the skills they need to raise the attainment of pupils with Special Educational Needs. National professional training for SEN co-ordinators has been significantly influenced by the team’s work, which also led to a dedicated text for new teachers that is recommended by many primary and secondary teacher-training courses.

Similarly, at further education level, NTU researchers are tackling disengagement among some groups of learners particularly where this arises from behaviour and motivation issues rooted in experiences of social and cultural exclusion. Work into black men’s experiences of further education (FE) won the researcher a British Education Research Association Award in 2012 and led to the creation of the East Midland’s Black on Track programme, aimed at raising the levels of inclusion and engagement among black males.

Their findings have reached a wide readership of teachers and trainee teachers in texts which are essential reading on most FE teacher training programmes. They have also informed national policy and practice debate about learner behaviour and motivation in further education.

People with disabilities have also benefited from the research after it demonstrated evidence of the effectiveness of ‘facilitated communication’ – a technique that helps those with disabilities, including intellectual impairments, to communicate. Nottingham Trent’s researchers worked with Nottingham City Council’s Children’s Services to change special schools’ practice by introducing facilitated communication with autistic children who have severe communication difficulties. Videos from the project are used in staff training to demonstrate how each child has progressed as a result of the new teaching methods. 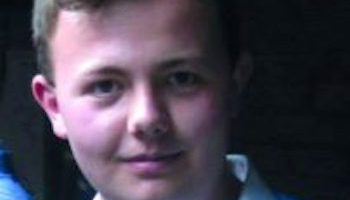