The University of Lincoln has developed new medical imaging technology that could revolutionise cancer treatment. The high-clarity images it produces show the impact of radiation on tumours and assist with detecting the disease in the earliest stages and helping to save lives.

DynAMITe, the world’s largest radiation-tolerant silicon imager – 200 times larger than the processing chips in current PCs and laptops – was created by a consortium led by University of Lincoln researchers in collaboration with medical physicists at the Institute of Cancer Research and University College London. Clinical trials for prostate cancer radiotherapy are being undertaken at The Royal Marsden Hospital as part of the project.

The technology, designed primarily for medical imaging in particular for mammography and radiotherapy, was funded by a £1.2m grant from the UK Engineering and Physical Sciences Research Council.

The project has led to the creation of ISDI (Image Sensor Design and Innovation) Ltd which has signed agreements with a global medical technology company for the exclusive design and provision of all future large area imagers. Three international patents have been submitted and DynAMITe won the UK’s Institution of Engineering and Technology’s 2012 innovation award for electronics.

Following on from this success, the Wellcome Trust awarded a £1.6m translation grant for the PRaVDA project. This combines Lincoln’s imaging techniques with detectors produced at the University of Liverpool to develop unique medical imaging technology that can provide accurate proton therapy doses and 3D images of where radiation is absorbed at a tumour site. Being able to see how radiation interacts with a tumour in 3D is considered to be the ‘holy grail’ of radiotherapy.

Proton therapy has also emerged as a promising alternative to conventional radiotherapy. Unlike x-rays, less radiation is lost as a proton beam travels through healthy tissue on course to the target tumour, and none after the tumour. This means much higher doses of radiation can be delivered without the risk of damaging healthy tissue. It has made it a preferred (and sometimes only) choice for treating cancers close to vital structures in the body such as the spinal cord or brain. It is also effective for treatment of young children as there should be much less likelihood of the development of secondary cancers later in life.

Radiotherapy treatments would be shorter and more effective, and there may be opportunities to combat some common cancers that have resisted conventional treatment. 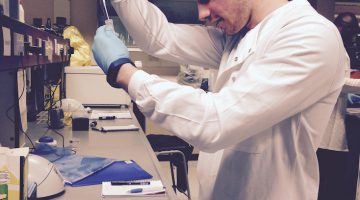 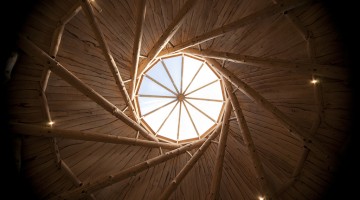 Grand designs for the eco-buildings of the future

Lincoln – imaging technology in the fight against cancer