Skip to content
University Alliance > Blog > How can your research impact on future policies?

How can your research impact on future policies? 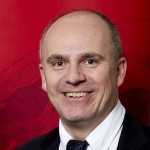 Associate Professor in Computing Science and Bioinformatics at Kingston University 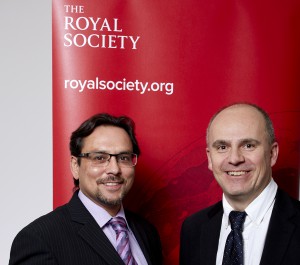 Before taking part in the programme, I, like probably many scientists, imagined a Parliament full of PPE degree holders without much interest in science, living in a Westminster village that I did not have access to. In November I spent a week there, along with 31 other scientists, to find out if this was the case and to see how my research findings could help inform policy making.

I soon discovered science is much more present in the Houses of Parliament than I had envisaged. According to the Campaign for Science & Engineering, 91 MPs have a background or interest in science while in the Lords, we have a high number of crossbenchers (currently 179 out of 820) who have been nominated because of specific expertise such as science and technology knowledge or experience. Both chambers also have their own Science and Technology Committees to ensure that Government policy and decision-making is based on the best available scientific evidence.

During my week, I attended a session of the Commons Science and Technology Committee which was examining ‘Science in emergencies: Lessons from Ebola’. There I observed MPs grilling expert witnesses directly involved in tackling the latest Ebola epidemics. Unlike most parliamentary debates reported in the media, I could not detect any evidence of party-political attitudes. It was impressive to witness the MPs’ professionalism and their real desire to learn from the experts. They seemed to master the topic, asking very precise and sometimes technical questions. And, to my surprise, my attendance was not a privilege accorded to me as a guest of the Royal Society; any member of the public can attend meetings and debates in Parliament. So, I have to conclude that it is not that difficult to enter that village after all.

Outside Parliament, the Government Office for Science (GO-Science) gives advice to Government when science input is relevant to policies. Scientific activities in Government can be reactive – evidence may be needed in as little as two hours if a Scientific Advisory Group for Emergencies (SAGE) Committee is called to advise a COBR (Cabinet Office Briefing Room) meeting.

GO-Science is also involved in horizon scanning, with current work including the future of cities and the future of an ageing population. It relies on support from beyond Westminster especially via the Scientific Advisory Committees which has around 1,500 experts from universities, industry, regulators and think-tanks. 15,000 scientists and engineers also work in public sector research establishments and government departments.

Two days of my week in Parliament was spent shadowing my pair, Graham Dean, Higher Scientific Officer at the Home Office Centre for Applied Science and Technology (CAST). This gave me an insight into how the Home Office delivers science and technology to help protect the public.

CAST operates as a science and technology interface between Home Office Ministers and the formulation of policies, providing expert advice to frontline operations and driving innovation with the suppliers of science and technology. They are scientists on a mission: to protect the public and national infrastructure. They do not perform research as we know it in academia.  It is very hands-on. They do not worry about discipline borders (they may be the last renaissance men and women) and mainly work responsively on short projects addressing very specific requirements to be able to deliver the best solution. For example, using their scientific expertise they provided police forces with the capability to enforce the recent drug driving law.

CAST also carries out horizon scanning to assess technologies to tackle current and emerging threats. Engaging with industry, universities and technology companies, Mr Dean and his colleagues are keen to learn about the latest sciences that can share the burden of technology development, increase collaborations with partners and use their capabilities, drive industry to create new solutions and optimise existing products, and share challenges with academia and research councils. Clearly, if one’s research findings can address their priorities, it has the potential to have an impact on policy.

As a result of participating in this scheme, I have to concede that my prejudices regarding the lack of science in Parliament and Government proved largely unfounded. Still, how can we explain why so many policies seem to go against scientific evidence? As Sir Mark Walport, the Government’s Chief Scientific Adviser, made clear, ‘policies are not only designed according to evidence, but also possible deliverables and values, i.e. political, personal and perceived electorate’s values.’ Sometimes evidence has to be overridden.

Obviously, as a scientist with a public conscience, I would like to have a more active role and help shape policies. During my week in Westminster, there was a particular focus on the different ways scientists can contribute.  Tradition dictates that the first point of contact should be one’s MP. However, for scientists, a Lord may be the best entry point especially since they are less politicised – in particular, a crossbencher with similar interests. The Parliamentary Science and Technology Committees are also good places to start, since they ask the public for evidence as part of their enquiries.  In any case, it is extremely important to have a ‘champion in Parliament’ in order to get things moving forward. On many occasions, it was made clear to us that whatever the quality and the importance of the research produced, it would only be considered if it had a client.

Having completed my week, I have a much better understanding of how research informs policy making and how I can get involved. Parliament and Government are constantly asking for science input, scientists must tune to the right channels to hear their requests.