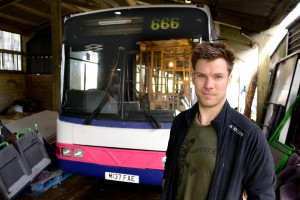 Students, staff and recent graduates of Oxford Brookes University interested in social entrepreneurship or social innovation or who wish to set up and run a social enterprise can turn to the university’s award-winning programme to help get their ideas off the ground.

The Oxford Brookes Social Entrepreneur Awards (OBSEA) provides the resources, networks, confidence and funding that participants need to start to think creatively about solving some of the world’s most pressing social issues.

On the 12 month programme participants receive comprehensive training and mentoring including the opportunity to attend social entrepreneurship conferences, seminars and workshops. Award winners will also receive cash awards to further develop their ideas and projects and one to one mentoring from experienced social entrepreneurs.

The focus of the programme is about learning by doing and there are different awards available to apply for: 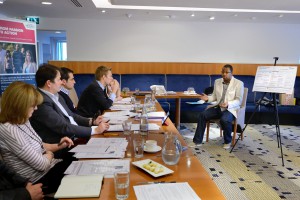 In 2013, the programme was recognised for its work in supporting and developing social enterprise by winning the award of Outstanding HEI Supporting Social Entrepreneurship – New to Social Enterprise, at the UnLtd ‘Lead the Change’ national conference held in London.

OBSEA is part of a higher education support initiative originally funded by the Higher Education Funding Council for England (HEFCE), and delivered by UnLtd, an organisation that supports social entrepreneurs in the UK and globally. The programme has also been funded by donations from Santander and from Brookes’ alumni.

In autumn 2014 the Oxfordshire Social Entrepreneurship Partnership (OSEP) was launched. This is a major new umbrella partnership for social entrepreneurship in Oxfordshire, formed through collaboration between Oxford Brookes University, the University of Oxford and Student Hubs. This alliance was a contributory factor in Oxfordshire being designated the first Social Enterprise County in the UK in 2015 by Social Enterprise UK and was a key part of Oxford City Council’s shortlisted bid to be European Capital of Innovation in 2016.

A key development in the OBSEA programme for 2015-16 is the opportunity for social enterprise volunteering to help participants ‘apprentice with the problem’ and gain a greater understanding of the issues. Through embracing social innovation in addition to social entrepreneurship there is now the opportunity for interdisciplinary team working and collaborative problem solving as a result of a new £5000 award sponsored through Santander. Additionally this year projects based outside the UK can now be considered, which makes the programme attractive to international students.