Space: Creating a new hub for education, innovation and investment in high-tech industries 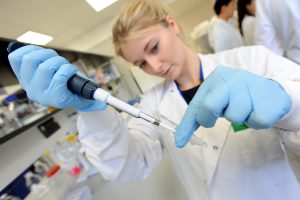 The University of Lincoln is addressing historic skill shortages and creating new opportunities for investment in science technology, engineering and mathematics (STEM) by working with key regional employers to create a multi-million pound science park in the city’s industrial heartland.

Lincoln Science and Innovation Park is a public-private sector partnership between the University of Lincoln and Lincolnshire Co-op, establishing a new hub for education, innovation and investment in high-tech industries. 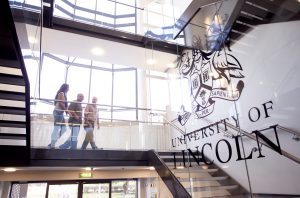 The first development on the science park was the creation of the Joseph Banks Laboratories, which opened in 2014 following an initial investment of £14million.

The next major addition to the Lincoln Science and Innovation Park will be the £6.8million Boole Technology Centre. Due to open in early 2017, it is the first building on the Lincoln Science and Innovation Park to be purpose-built for technology businesses and will enable firms of varying sizes and sectors to co-locate with their peers and academia.

The Boole Technology Centre will provide flexible commercial space over 36,000 square feet, including offices, laboratories and technical workshops. Part-funded through the Greater Lincolnshire Local Enterprise Partnership via the Government’s Growth Deal programme, it is expected to house more than 20 highly innovative firms, both new and established.

The centre is named in honour of Lincoln-born George Boole (1815-1864), the self-taught mathematician, philosopher and educator whose revolutionary work on the laws of thought later became known as Boolean Algebra and was fundamental to the development of the first computer circuits in the mid-20th century.

The Joseph Banks Laboratories is the university’s flagship new academic building – home to the University’s Schools of Pharmacy, Chemistry and Life Sciences. It welcomed more than 1,300 students in the last academic year.

It is named in honour of Sir Joseph Banks, the great English botanist who first charted the flora and fauna of Australia with Captain Cook, and whose family estate was near Horncastle, Lincolnshire.

It features cutting-edge research facilities and teaching resources, over four storeys with 6,000 square metres of floorspace. With specialist laboratories for work in chemistry and medicinal chemistry, as well as pharmacology, molecular biology, microbiology and tissue biology, students have the opportunity to learn using industry-standard equipment. A pharmacy clinical skills suite also offers a specialist learning environment in which students can develop their professional skills.

The creation of the School of Pharmacy in 2013 addresses a historical skills gap and shortage of educational provision in the eastern counties of England, and arose from close collaboration between the University, local NHS health trusts and the Lincolnshire Co-op, which runs dozens of community pharmacies in the region.

The Lincoln School of Pharmacy aims to produce industry-ready graduates equipped to address the major healthcare challenges of the future, such as an aging population with long-term medical conditions. The School currently offers two undergraduate programmes – the BSc (Hons) Pharmaceutical Sciences and the MPharm Pharmacy. The unique curriculum has been developed with the close co-operation of industry partners, combining rigorous science with the practical knowledge of how to communicate with patients.

This model of industry engagement means students are being taught by experienced, practising pharmacists from Lincolnshire Co-op, while also gaining hands-on experience in industry on placements in real pharmacy settings.

Likewise, the establishment of the Lincoln School of Chemistry in 2014 set out to create a ‘new chemistry’ based on pursuing science relevant to the needs of industry, producing research-active and commercially-aware graduates, and formalising the concept of ‘professional practice’ within the curriculum.

The School works with industry partners on every level to provide practical, up-to-date experience for students, as well as an industry-informed curriculum and valuable work placements.  Students are encouraged to engage in professional practice as soon as they join the University.

These developments form part of a significant expansion of STEM provision at the University of Lincoln which began with the establishment of the Lincoln School of Engineering in collaboration with Siemens plc in 2009 – the first dedicated new facility of its type to be created in the UK for two decades.