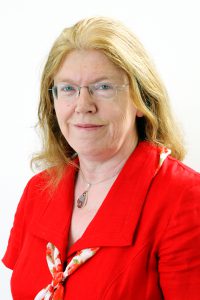 The Queen’s 90th Birthday honours list has recognised six University Alliance academics and staff for their services to education and charity.

They included Professor Eileen Scanlon from the Open University who was awarded an OBE for Services to Education. This is the latest accolade for her work – she has also received the inaugural Regius Professorship in Open Education.

Professor Scanlon, Associate Director of Research & Innovation in the Institute of Educational Technology at the OU, is an internationally renowned academic in the field of education technology and public understanding of science.  She has worked at the OU for 40 years, developing unrivalled insight into learning design which has helped the university widen access to education.

Professor Scanlon said: “I’m delighted that the contribution of The Open University to Education has been recognised by the award of this honour. Working as an educational technologist has given me the opportunity to collaborate with inspirational colleagues to develop the outstanding reputation the OU has for teaching but also for research in technology enhanced learning.”

An OBE was also awarded to Professor Ruth Northway of the University of South Wales for her services to learning disability nursing.

She has been Professor of Learning Disability Nursing at USW for the past 13 years, which includes leading the Unit for Development in Intellectual Disabilities. She also teaches on undergraduate and postgraduate courses for learning disability nurses, and those with other fields of practice, while also supervising a number of PhD students. Prior to moving into education, Prof Northway worked with people with learning disabilities in a range of residential and community settings in both England and Wales. She has been a learning disability nurse for 37 years. 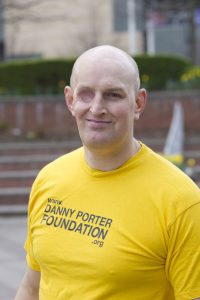 Danny Porter, Head of Sport Services at Sheffield Hallam University has received an MBE for services to higher education and the charity sector after raising more than £100,000 for cancer and neuro care.

At the age of 32, Danny was diagnosed with a rare form of cancer in his right cheekbone, known as Adenoid Cystic Carcinoma (ACC) and underwent several major operations that resulted in the loss of his right eye, right cheekbone and nasal cavities.

Inspired by his treatment, he established the Danny Porter Foundation, a charity that seeks to support people living with cancer and/or requiring brain surgery.

Ten years later, Danny’s cancer returned and the only possible solution was to undergo treatment using neutron and ion beam technology based at Heidelberg University Hospital in Germany. Danny managed to raise over £22,000 to help fund his one-month course of rigorous treatment last summer.

The former rugby player has raised money through a variety of sporting and fundraising events including a testimonial rugby match and a bike ride from Glasgow to Sheffield. In 2012, he was selected by Sheffield Hallam to carry the Olympic torch when it came through Sheffield.

Danny said: “I was absolutely thrilled when I found out. I’m very proud and honoured to have received this. It’s beyond my wildest dreams and is totally unexpected. The reaction on social media has been incredible and I am humbled by the messages people have sent to me.

“I couldn’t have done any of this without the support of friends, family and colleagues and I feel they should be recognised too. This award is for them as much as it is for me.”

Sheffield Hallam’s visiting fellow, Bhanu Ramaswamy has been awarded the OBE for services to physiotherapy in Sheffield and her work with people with Parkinson’s. Bhanu originally worked for the NHS but left to work as an independent physiotherapy consultant and volunteer and has worked on a number of research projects at the University.

Two academics at Kingston University were also named in the Birthday honours list.

Professor Vari Drennan, a healthcare and policy research professor from Kingston and St George’s universities, received an MBE for services to Health Policy Research, Development and Nursing. Prof Drennan, who is based at St George’s, University of London, in Tooting, is professor of health care and policy research, director of the Centre for Health and Social Care Research and associate dean for research in the faculty.

Professor Ian Peate, a visiting Professor at Kingston University and St. Georges, University of London and head of School of Health Studies in Gibraltar was awarded an OBE for services to Nursing and Nurse Education.