Measuring the success of the KU Big Read 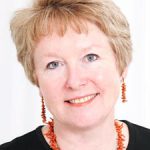 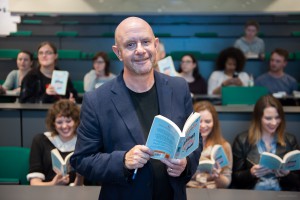 ‘So how will you work out whether or not you are achieving anything?’ was a challenging question put to me by a professor within the Business School at Kingston University. We had just been discussing what was then the forthcoming – and first – KU Big Read.

I’ve been immersed in this project for a year now, but for those unfamiliar, a little background information may help. Based on research findings in the US that involving prospective students in pre-arrival shared reading was likely to impact positively on enrolment, engagement and retention, we’d decided to do something similar at Kingston University, and had already chosen Nick Hornby’s About a Boy as our launch title for #KUBigRead.

Obviously there were simple measures for monitoring our success – how many books did we print; how many were left over afterwards? But what we really wanted to know was how engaged were students and staff, and how would we know whether it was an initiative worth repeating? 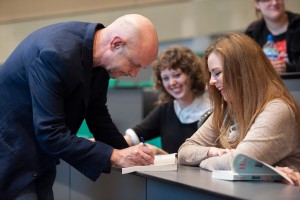 It was always going to be difficult to isolate the specific impact The KU Big Read had within the University because so many other variables were changing at the same time. The most significant of these was a complete restructuring of ‘KU Welcome Week’, now offering a coordinated student transition across the University and incorporating faculty induction, enrolment, welcome events and the Freshers’ Fayre. Into the mix must also be factored the ongoing efforts and enthusiasm of the staff and student engagement teams.

But when the question was posed, we had already drawn up a list of measures by which we could assess associated impact. Here is the list I gave my interlocutor, along with the outcomes we subsequently identified.

Students were sent or given a copy. Stock was made available to staff in libraries and via reception desks across the institution. We monitored the response, as evinced by stock level, date and campus.

We hoped that requiring staff to collect a title, rather than simply receive one, would promote greater involvement. In fact, as fast as we put them out, the books disappeared. We ended up having to reprint twice, and in all, 13,000 books were circulated. What is more (as a librarian pointed out to me), they were never seen lying around, or in waste-bins. The plan we had come up for the ethical disposal of unused stock (donation to local Oxfam Bookshop or local schools) was never needed.

Responses from staff about how they used the scheme were monitored and a list kept. We asked staff to monitor the response they got, whether loosely in terms of engagement/feedback/questions or precisely in terms of class lists/attendance.

This growing list of how the title was used produced some surprising results. HR and Estates Departments used it for team-building. Rather wonderfully, colleagues in Pharmacy based a discussion of ‘How to tell the story of your research’ on a study of how Hornby developed his narrative.

As a marketer it always interests me to see how what you provide gets developed by recipients – and in particular whether it becomes the basis of a conversation, with the augmented power of word of mouth. We heard of librarians telling students and staff that our bespoke version had added value as a ‘limited edition’. Several new lines of copy for explaining the scheme emerged in similar fashion.

These groups generally provided our first student feedback, which from the outset was very positive. We started hearing the book referred to as a ‘present’ or ‘gift’; recipients told us they felt  ‘welcomed’ and ‘expected’. One girl confessed she’d been feeling nervous and found the arrival of her book ‘comforting’.

We monitored numbers at the related KU Welcome Week events (how many attending each event; ‘useful’/’not useful’ voting; qualitative feedback via ‘post-it’ notes).

We had more positive feedback, including appreciation of hearing from ‘their’ university before they arrived. The two events given by Nick Hornby were packed – and asking questioners to state their subject before speaking revealed the breadth of the audience. Afterwards the author signed copies of his book for over an hour.

Again, the response was highly positive. Students wandering past did a double-take on seeing the books, again saying how much they had appreciated their ‘present’.

This was very useful. We found we could access, year on year, acceptance rates from those who had meet their entry criteria, enrolment and drop-out rates.

While the data is detailed, and its interpretation an imprecise measure of the impact of The KU Big Read alone, it can be used to isolate trends. I am pleased to report that there was a significant reduction in our university drop-out rate. Of course other variables will have influenced this, but it was still pretty heartening. Result? We have a budget and a new member of staff (one of the students involved in the pilot project) to take this forward…

…which in 2016 includes working with a second university. I am delighted to say that Napier University Edinburgh are joining us and we will be comparing results between the two institutions.

Finally I thought I would share the most special thing that has happened to me in connection with this project so far. I am usually in early and consequently regularly meet the cleaners. One spotted me this week and excitedly told me she had just seen the coverage in the student newspaper and not realised until then that the project was from ‘her area’ – i.e. the area of the building she cleans. It gave me a very sudden appreciation of how little we may understand about the motivation of other university staff.