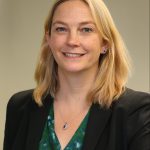 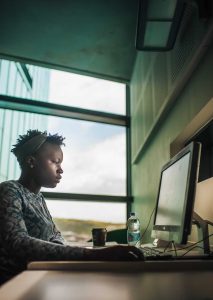 One of the things I love about living near a university is the energy and excitement the students bring when they come back after the summer holiday.  It makes me remember my own long ago butterflies of apprehension and opportunity and the relief, after three months of long hours in dull jobs, of being back in a world of late nights in the bar, early mornings on the river and days spent considering what constitutes the perfect city-state both in the classical world and today.

My university experience was traditional to the point of cliché – which was exactly what I wanted.  It also, for a few brief years, allowed me to enjoy the fantasy that I was now part of society’s upper classes.  This seductive idea – that higher education is both for the elite and a route to join their ranks – is perhaps why the three or four-year undergraduate degree at a university in an unfamiliar town or city has become the standard.

It has been argued, by Nick Hillman, director of the Higher Education Policy Institute, among others, that the model originated to suit young men who had spent their early years at boarding school. They and their families were used to the idea that children and young people should live with their peers away from home. For many young people today, this model remains attractive because it allows them to spread their wings; they want university to be a halfway house between childhood and life as an independent adult.

They form the largest group of students, so universities have been slow to develop alternative forms of study. In addition, our funding system, designed with these students in mind, dis-incentivises innovation. It works only in relation to whole academic years, which means that a complete degree programme delivered in two years must be funded from only two years’ worth of fees – £18,000 in most universities. This is not an easy thing for universities to offer because while an accelerated degree may bring some efficiency savings to the university it won’t be a third cheaper.  Most alternative providers, which, it was hoped, would offer flexible forms of provision, do not agree access agreements, so their fees are capped at £6,000 per year, giving them even less funding flexibility.  And the vast majority of new providers have focused on classroom-based courses, such as law or business studies, and do not offer much choice.

There is a smaller but still very significant group of students — typically mature, with work and family responsibilities — who would prefer another model.  An accelerated degree would allow them to continue studying through the traditional university holidays and achieve their degree more quickly, while a modular degree would enable them to complete part of a course, get on with other aspects of their lives and then return to higher education when their circumstances allow. There are also employers — for example in the hospitality industry — who would like to support employees through more rapid degrees. Many students might like the option of limiting their maintenance costs by shedding a third year, or the option of getting back into the job market more quickly.

It is right to support the aspirations of young people and we should constantly work to ensure everyone who has the aspiration and ability to go to university can do so.  At the same time, we should not forget other groups in society.  Research into the future labour market suggests that the UK will need more highly skilled workers.  Demographic change means that this cannot be achieved solely by encouraging young people to pursue higher education.  Perhaps most importantly, you don’t stop deserving a chance to achieve your dreams just because you are no longer young.  We must provide opportunities for people already in the labour market to continue developing their skills – either to a higher level or in new areas.  These opportunities should include higher education delivered in a way that better suits their needs.  There are universities that are trying to do this.  Both Coventry University and the University of Hertfordshire have university colleges that provide more flexible provision.  At Coventry University College, it is possible to study either in the morning, afternoon or evening so that students can fit their course around their work or caring responsibilities.

Nevertheless, both Coventry and Hertfordshire struggle with funding rules that make it uneconomic to allow students to study as many modules within one academic year as they would like.  This is not only a problem for students who are already working and want to complete their degrees as quickly as possible but also for those who come to the college for bridging provision, to prepare them for a full degree, and who would rather use the holidays to catch up with the rest of their cohort than permanently lag behind.

The Higher Education and Research Bill provides an opportunity – which may not come again soon – to consider greater funding flexibility where this would be good for students.  This would have to be tightly limited – it shouldn’t be a fee increase by the back door.  If we got it right, it would not only be good for existing universities who want to offer more courses to suit the needs of non-traditional students.  It might also attract some of those elusive innovative new providers that the government wants to stimulate competition.