Skip to content
University Alliance > News & Media > In the News > Research Professional HE: A sense of place

Research Professional HE: A sense of place 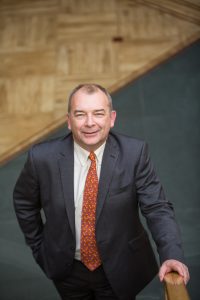 This interview with our chair Professor John Latham was originally published in the Research Professional HE 8am Playbook. @rachelhall_HE

Universities should play to their local strengths, says vice-chancellor.

Universities should have a greater say in formulating an industrial strategy that is underpinned by a local place agenda, according to John Latham, who is the vice-chancellor of Coventry University and who also chairs the University Alliance group.

Speaking to HE, Latham suggested that the Department for Business, Energy and Industrial strategy should examine how universities can support industrial strategy as many are “already aligned or willing to align” through their work on science and innovation audits. The government should also harness the growing numbers of local groupings between universities, exemplified in the Midlands by Coventry, Birmingham City and Wolverhampton, or in Manchester through the city’s four universities, he added. “You’re seeing neighbouring universities coming together to put forward initiatives on a collaborative basis which meet devo-deal requirements.”

Latham predicts there will be “a lot of announcements” in the autumn statement on 23 November, following an initial pledge of £2 billion towards research and development and a new research commercialisation fund made by Theresa May on 21 November. The prime minister also pledged that the new industrial strategy would underpin the UK’s strengths in areas such as the life sciences, quantum technology, aerospace, the automotive industry, the creative industries and financial technologies, while fighting weaknesses such as the lack of commercialisation of results, a regional imbalance between London and the south-east and the rest of the UK, low productivity and Britain’s shortage of technical skills and knowledge in science, technology, engineering and mathematics. Latham thinks that “people are starting to require clarity, and government is now working out what these things mean”, especially in the context of Brexit. “There are so many balls in the air, the autumn statement is the opportunity to settle some of those down,” he said.

Although it has been suggested that there is a disconnect in government policy between the regionalisation agenda’s focus on collaboration and the higher education and research bill’s emphasis on competition, Latham said there is room for a collaborative approach for universities. “We are funding universities coming together and collaborating where it makes sense, and competing where it makes sense to compete,” he said. He noted however that the current landscape is making it harder for universities to fulfil a national role, since they are more drawn to the twin poles of capturing regional funds or the global international student market. “I think some universities are introducing a more local view around some activities,” he said. “I think universities have a very strong role to play in their local economic environment.”

On Brexit, Latham said that University Alliance is looking ahead beyond the two or three-year withdrawal period. “What’s happening beyond then? Everybody’s worried about how we’re going to access Horizon 2020 funding and EU structural funds, but it’s not about now, it’s about what happens after now?” he said. Part of this will be around supporting government policy development to ensure that some of those funds are ring-fenced for economic development initiatives which benefit universities, such as the regionalisation agenda.

But Latham is concerned that the future development of the research excellence framework may not emphasise this role for universities. The proposal in the Stern review that universities submit staff according to whether they are focused on teaching, research or a combination of the two fails to account for the third leg, such as industry links and knowledge exchange, he said. “There is too much of a traditional view in government of what universities do,” he said. “For technical, applied or vocational universities such as my own and other University Alliance members, they’re doing several things, including supporting the place they operate in, a lot of knowledge exchange and support for companies.”

Latham, who is a member of the Innovate UK board, added that he sees benefits in its being “part of an organisation of scale” within UK Research and Innovation when the government’s higher education reforms are introduced, so long as budgets are properly ring-fenced. He added that this will help the research councils and Innovate UK play a greater role in supporting industrial strategy through their closer alignment. “I think government is working hard to ensure its mission is not diluted,” he said.