New Year Honours: Awards for Alliance universities’ staff and students past and present 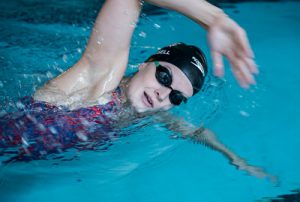 We are delighted that so many staff and students from Alliance universities have been recognised in the Queen’s New Year Honours list.

Our former Chair, Professor Steve West, received a CBE for services to Education.

Steve, Vice-Chancellor of the University of the West of England (UWE Bristol), has been a proactive and tireless advocate for the sector and has greatly strengthened the Alliance group. He served as Chair of University Alliance from August 2012 until September 2016. You can read our full statement on his honour here.

20-year-old Paralympian Hannah Russell, who studies Sports Science at the University of Salford, was awarded an MBE for services to swimming.

Hannah, who is partially sighted, took a break from her studies to train for the Paralympic games in Rio. She plans to return to the University of Salford next month to begin the second year of her course. You can read more about how she combines her lives as an elite Paralympic athlete an as a student at Salford here.

Vic Hird, former farm and estates manager at Nottingham Trent University’s Brackenhurst Campus has also been recognised by the Queen.

Vic who worked at the campus for 33 years before his retirement last August, is to receive a British Empire Medal (BEM) for services to land-based education.

Vic joined Brackenhurst College, which later merged with Nottingham Trent University, in 1983 as a lecturer in agricultural mechanisation. He went on to undertake several roles, including running part-time agricultural courses and then overseeing further education provision on the campus. After taking on various management responsibilities , Vic continued to teach in a guest lecture capacity.

Most recently Vic was responsible for overseeing management of the farm and rural estate, facilitating education and research on the 500-acre campus while running the working farm.

He said: “I’m delighted to have been recognised in this way, and am relishing the experience of receiving this award. The first day I started at Brackenhurst I thought I’d gone to heaven – it’s such a fantastic place to work and I always looked forward to coming in, right up to my last day. The staff and students were undoubtedly the best part about my time there, and definitely what I miss the most. It is just like one big family”.

The Brackenhurst Campus is home to Nottingham Trent University’s School of Animal, Rural and Environmental Sciences.

74-year-old John Warnock was also been awarded the MBE for services to Higher Education Sports.

A keen football player in his younger years, he was the head coach of Sheffield Hallam University – formerly Sheffield Polytechnic– football team between 1970 and 1999 and from the 1980s worked part-time for Sheffield United after being approached by manager Dave Bassett.

In 1999, he became director of the Sheffield United academy and head of youth development.

He was the GB team manager for the British Polytechnics Sports Association and the British Student Association football teams and from 1987 to 2011 was the director of football and futsal for the International Federation for University Sport (FISU).

Also recognised in the New Year’s Honours list were: