Alliance universities have been shortlisted in 10 out of 15 categories in the year’s Guardian University Awards. The awards give UK universities the opportunity to celebrate their achievements in the sector and worldwide.

Eight Alliance universities are recognised in areas including research, teaching and entrepreneurship in the shortlist, announced this week:

Kingston University and the University of Salford have been shortlisted for the Teaching Excellence, while Coventry University‘s research has been nominated in the Research Impact category.

The University of Greenwich receives a nomination for Entrepreneurship, and Nottingham Trent University appears in three categories: Buildings that Inspire; Student Experience; and Marketing and Communications Campaign.

The University of Central Lancashire has been shortlisted for Digital Innovation, along with The Open University which is also in the running for two further awards: Business Partnership and International Projects.

Professor Chris Husbands, Vice-Chancellor at Sheffield Hallam University, is on the shortlist for the prestigious Inspiring Leader Award. This honours a leader who has brought out the best in their team and achieved exceptional results. 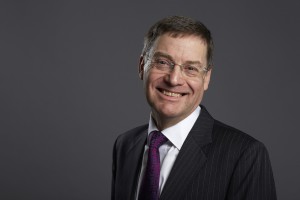 What the judges say:

“Professor Chris Husbands was an inspiring leader of the Institute of Education – hugely knowledgeable about education practice and policy and unafraid of speaking the truth to power. He has now moved to Sheffield Hallam where university staff speak highly about his energy, commitment and vision.”

Prof Chris Husbands has served as vice-chancellor of Sheffield Hallam University since January 2016, and is a champion of innovation and collaboration, delivering real change, and inspiring the higher education community. Vote for him online here.

You can see the complete shortlist on the Guardian’s website. Winners will be announced at the awards ceremony on Wednesday 29 March.