Our Annual Summit took place this week at the University of Salford’s MediaCityUK campus.

It provided a chance for us to think strategically about the factors which will affect the sector in the near future and discuss how we can work together.

The implications of Brexit, the role of universities in the industrial strategy and working with the new metro mayors were all key themes.  We were delighted to hear from Andy Burnham, the newly-elected Mayor of Greater Manchester, Sir Stephen Wall, former EU Ambassador to the EU and Andrew Smith, Chief Economist to the Industry Forum.

Break out sessions explored the future of the REF, skills in the industrial strategy, university-industry collaboration and how universities can work together to have maximum impact.  Finally, the Network Groups met to talk about our priorities for the next year.

Below are some of the photographs of the event as well as a video shot and edited on the day by media students from the University of Salford, featuring several well-known faces from our Alliance universities and elsewhere. The university’s Quay News team also produced a one-off news programme during the day’s proceedings. 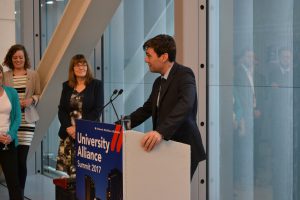 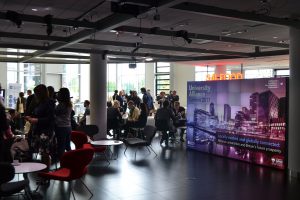 Summit delegates gather in the Egg Suite in the University of Salford MediaCityUK campus. 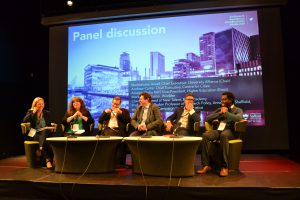 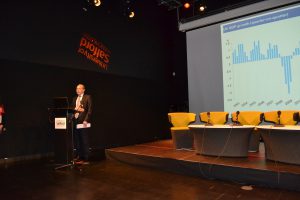 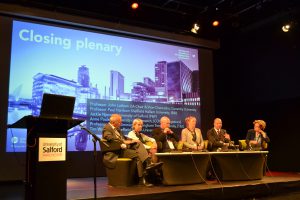