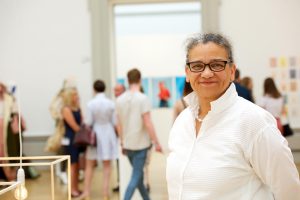 A contemporary arts professor from the University of Central Lancashire (UCLan) has won this year’s Turner Prize after judges praised her work for addressing “pertinent questions of personal and political identity”.

The news that the prestigious international award would go to Professor Lubaina Himid MBE, based in Preston, was announced live on the BBC on Tuesday 5 December. Her work has been on display at the Ferens Art Gallery, in Hull, since September as part of the UK City of Culture celebrations. 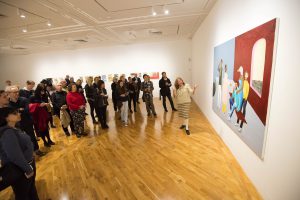 The award cements an exciting year for Lubaina who is also a PhD supervisor at UCLan.  In November, she was named Artist of the Year by Apollo Magazine and her two successful solo exhibitions at Modern Art Oxford and Spike Island in Bristol led to her Turner Prize nomination. Known as one of the pioneers of the British black arts movement in the 1980s, Lubaina has spent her 35-year career shining a light on the trade in enslaved people and the contribution made by the people of the Black Diaspora. 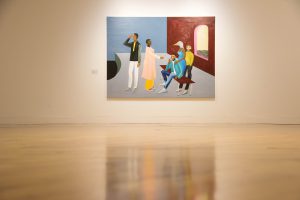 Commenting after receiving the award, she said: “It’s great to win, especially as so many people in Preston were rooting for me.  It will make a huge difference to my profile and give a platform to the issues I want to champion.”

Lubaina, who was born in Zanzibar and grew up in London, was awarded an MBE in 2010.  She made the headlines when the Turner Prize shortlist was announced earlier this year because at the age of 62 she is the oldest person ever to be nominated after the award abolished its ban this year on people over 50 being eligible.