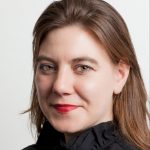 We are delighted Vanessa Wilson has started as the new CEO of University Alliance.

Vanessa joins us from her previous role as Director of Commercial and Communications at UK Sport, the government’s lead agency for delivering elite sporting success and major sporting event hosting in the UK.

She has also held senior strategic communications, campaigns and marketing roles across Whitehall – including the-now Department for Education (2000-2005) and the Department for Environment, Food & Rural Affairs (2005-2011).

“It is a huge privilege to be joining the University Alliance and working with the member universities at this critical point for post-18 education.

It’s clear that the post-18 tertiary system needs to be more cohesive and aligned with that of FE, schools and colleges all of which are grossly under-funded.  We have a perilous situation where adult and part-time education has collapsed and the apprenticeship system has serious budget and structural flaws.  We are in danger through chronic under funding of letting  one of the UK’s most valuable assets: it’s education system, collapse

The current volatile policy, political and public environment gives us the chance to put forward a bolder vision, mission and strategy for the entire education system. We must build consensus around the value that technical, professional and vocational education brings to the nation and how it contributes to a successful economy and will deliver on the Government’s ambitions set out in its Industrial Strategy. This demands universities are more proactive in building on their strengths but tackle areas urgently where they simply don’t step up to the plate – in particular, standing shoulder to shoulder with the rest of the education system on funding.

“We will be reviewing University Alliance’s core  mission working with members and organisations within and outside the sector. We will be strengthening our business model, commercial strategy and member services; sharpening our public positioning; and building a broader coalition for reform.”