UA Chair Professor John Latham is Honoured with a CBE

Professor John Latham, University Alliance Chair and Vice-Chancellor of Coventry University, has been awarded a CBE in this year’s Queen’s Birthday Honours list. 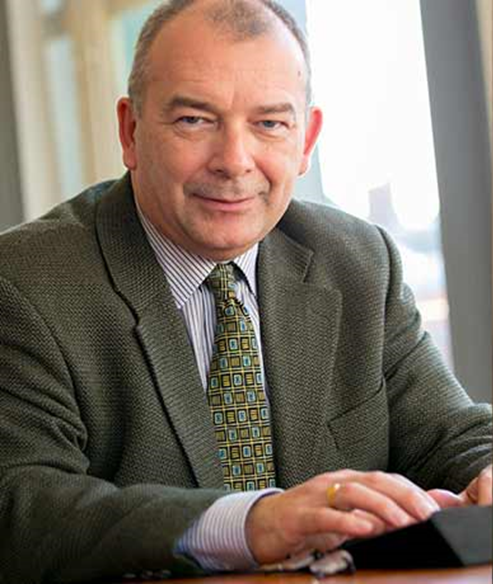 Professor John Latham has been recognised for his services to Higher Education in this year’s Queen’s Birthday Honours list. He has been Vice-Chancellor and CEO of Coventry University since 2014, during which time he has spearheaded a number of ground breaking initiatives including the establishment of the University’s Technology Park and Institute for Advanced Manufacturing and Engineering. He is also recognised alongside his colleague Duncan Lawson, professor of mathematics education.

Under Professor Latham’s leadership Coventry University has gone from strength to strength, in no small part due to his commitment to widening access and participation for underrepresented groups of students and inspiring those students through innovative teaching and learning.

Coventry’s work to provide opportunity, both for students, local businesses and the region as a whole, typifies the ethos of Alliance Universities. Professor Latham has always been hugely supportive of University Alliance and has acted as our Chair of the Board since 2016, following from a period as Deputy Chair. He has been a hugely valuable asset to the Alliance.

CEO Vanessa Wilson congratulated John on today’s news saying “John is thoroughly deserving of such an honour for a number of reasons, not least his lifelong commitment and dedication to higher education.

“John has transformed Coventry University and in turn the local community and the life chances and outcomes of the students it serves, much for the better.

“We are extremely proud to count Coventry as a University Alliance member, as both the university and John extoll every virtue of what we stand for; they are values driven, with a social conscience and a commitment to widening access and inspiring students to reach their full potential.

“I couldn’t be happier for John or more thankful for the help and support he has given me and the Alliance. Congratulations!”