With a potential future Conservative government threatening to tackle “low-value” degrees, the British Academy’s Head of Higher Education and Skills Policy, Harriet Barnes, asks what we actually mean by “value” when it comes to Higher Education and how we can avoid being led astray by narrow definitions. 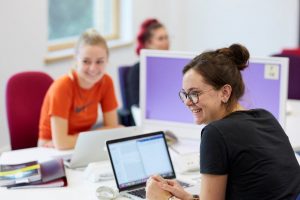 The question of the ‘average’ salary in the UK suddenly became a hot topic in the General Election campaign when an audience member at the BBC Question Time leaders’ debate suggested that earning £80,000 a year did not place him in even the top 50% of the population for income. As was swiftly demonstrated by fact checking services across the internet, a salary at this level places you firmly in the top 5% of earners, with the average UK salary being around £26,500 and the median household income about £29,400. This revelation about what a ‘good’ salary is, in absolute terms, seems to have been eye opening for quite a few people.

The ongoing debate about the use of salary outcomes as a measure of the ‘value’ of higher education has tended to be mostly couched in relative terms – which subjects or institutions produce graduates who earn more or less in comparison to each other – rather than setting benchmarks for what graduates should be earning. Nevertheless, when the findings of the Independent Panel chaired by Sir Philip Augar were published in May, the then Education Secretary Damian Hinds did seem to interpret ‘low value’ degrees as those where graduates were not earning £25,000 after five years, meaning they had not started to repay their student loans.

This is problematic from a purely statistical point of view. As we know well, we cannot all be ‘above average’. While around 50% of young people may now be experiencing higher education (depending on exactly what and how you count), it will be a very long time before half of the working population are graduates, let alone that those graduates are distributed across the whole workforce in terms of experience, with the higher salaries that inevitably attracts. Consequently, it is not realistic to expect all current graduates to already be earning the national average at effectively only an eighth of the way through their working life.

Setting aside what a ‘good’ salary is and when we can expect to earn it, there are many questions about whether we can take salary levels as a proxy for how we measure the contribution of individuals, and particularly of graduates, to our economy and society in general. There are several professions which are graduate entry, and critical for the functioning of society, but for which the ‘market value’ in terms of salary – that is, what society is willing to pay – is very much at the lower end. Teachers, nurses and social workers all have starting salaries around £24,000. There are of course opportunities for progression in all these fields which will lead to considerably higher levels of pay, but the necessary experience and knowledge takes time to develop. Do we only ‘value’ the senior employees in these professions?

Education, health and social care are things we need to live while, for many, the creative and cultural sector is what makes life worth living – there were nearly 219 million domestic visits to UK heritage sites in 2018. And there are benefits beyond enjoyment and enrichment. The creative industries, which include film, TV, radio, photography, music, advertising, museums, galleries and digital industries, contributed over £1bn to the UK economy in 2017. But the graduates on which these industries depend – typically from subjects such as the creative arts, communications, history – again tend to earn lower salaries. Indeed, analysis of the Longitudinal Education Outcomes (LEO) data consistently places arts, humanities and social science subjects at the bottom of the distribution in terms of graduate earnings, including when factors such as prior attainment and family background are taken into account. Therefore, by focusing on that single measure of ‘value’ we risk overlooking the wider contribution of graduates, whether that is the socially essential roles they fulfil or more specifically what attributes they bring to the workforce.

Our work at the British Academy on the skills developed through studying the arts, humanities and social sciences has shown that graduates in these disciplines are well placed both to shape the future and to take advantage of the opportunities it will present. These subjects help us to understand ourselves, our society and our place in the world, creating a mind-set of cultural agility, which enables us to navigate through multicultural environments, to be adaptable, globally mobile, and sensitive to difference. The Labour Force Survey shows that graduates in all disciplines have very similar employment rates and are equally resilient to economic shocks, while arts, humanities and social science graduates are more likely to change sector and role voluntarily, and without wage penalty – and there have been similar findings in the US. For some, looking into an increasingly uncertain future, this combination of stability and flexibility may be far more valuable than an ‘above average’ salary.