Skip to content
University Alliance > About us > Our team > Beth Button

Beth joined University Alliance in July 2019 as Head of Communications and Public Affairs. 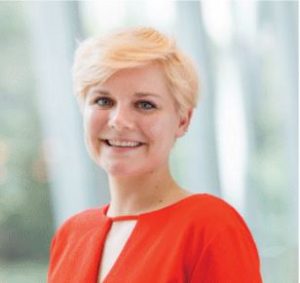 Prior to joining UA, Beth was campaign manager at Universities UK, developing and leading the successful MadeAtUni campaign. Before this, she led on political and public affairs at Universities Wales.

Her career began in the student movement where she held various elected roles including president of the National Union of Students in Wales, and representative of the European Students’ Union in Brussels. During her time in NUS, Beth was a member of the Welsh Government ‘Diamond review’ into education funding and student support, and has also held a position within the UN education and academia stakeholder group and been a representative to the G20 youth summit.