Get to know the speakers

Vanessa joined University Alliance in March 2019 from UK Sport, where she had been Director of Commercial Communications. During her 7 years at UK Sport, Vanessa worked on four Olympic and Paralympic Games including the Games hosted in London. Concurrently between 2014-2018 she was an external trustee and Deputy Chair at the University of Lincoln Students’ Union, bringing her to the heart of the issues facing Higher Education.
She has also held senior communications and marketing roles in the Department for Education and the Department for Environment, Food and Rural affairs. 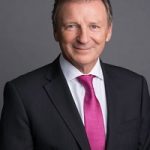 Lord Gus O’Donnell was Cabinet Secretary and Head of the British Civil Service from 2005-2011 and in 2010, he oversaw the introduction of the first coalition government since the Second World War. He oversaw the introduction by the Office of National Statistics of the UK’s national wellbeing data. After retiring as Cabinet Secretary he has worked intensively on wellbeing issues, helping to establish the What works centre on wellbeing and writing on how to use wellbeing as a guide to policy. This includes ch.6 of the World Happiness Report, 2013, and chairing the report on Wellbeing and Policy. Most recently, as Co- chair of the All Party Parliamentary Group on Wellbeing, he has overseen a report on what a Spending Review based on Wellbeing would look like.

He was Permanent Secretary of the Treasury from 2002-2005 and served on the IMF and World Bank Boards. Gus is currently Chairman of Frontier Economics, Strategic Advisor to TD Bank, Executive Director and Strategic Advisor to Brookfield Asset Management, Chair of PwC’s Public Interest Body (PIB), President of the Council of the Institute for Fiscal Studies (IFS) and Chair of the Board of Trustees for Pro Bono Economics. He is also a Visiting Professor at LSE and UCL, a member of the Economist Trust, and Chair of the Behavioural Insights Team Advisory Board at the Cabinet Office. He studied Economics at Warwick University and Nuffield College, Oxford, then lectured at Glasgow University. Knighted in 2005, Gus was appointed to the House of Lords in 2012, sitting as a crossbencher. Gus is an Honorary Fellow of the British Academy and Fellow of the Academy of Social Sciences. 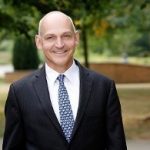 Professor McKellar has been the Vice-Chancellor and Chief Executive of the University of Hertfordshire since 2011. He is chair of the Hatfield Renewal Project Board. In 2015 he was elected as a Board member of Universities UK (UUK) and in April 2020 was appointed as UUK Vice-President (England and Northern Ireland). He also chairs the UUK Innovation and Growth Policy Network. He was chair of the University Vocational Awards Council until 2019 and has been a member of the government’s Apprenticeship Stakeholder Board since 2016. He was Chair of the Board of Trustees of the Pirbright institute between 2015 and 2019 and since 2018 he has been a Non-Executive Director of the Centre for Innovation Excellence in Livestock.

Professor McKellar was made a Commander of the Order of the British Empire (CBE) in 2011 for services to science. He was a distinguished researcher with interests in the pharmacology of anti-infective and anti-inflammatory drugs in domestic animals.

He graduated from Glasgow University Veterinary School in 1981 and went on to gain a PhD in Veterinary Parasitology in 1984. In August 1997 Professor McKellar took up the post of Scientific Director of the Moredun Research Institute and Chief Executive of the Moredun Foundation. In 2004, he was appointed Principal of The Royal Veterinary College of the University of London. 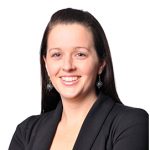 Sophie is a higher education and transformation expert with experience leading large strategy and implementation projects. Client’s value Sophie’s ability to quickly understand complex operating environments and work with stakeholders to draw insights together and quantify new opportunities. She has worked extensively in higher education across Australia and in Canada. 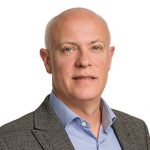 Professor Iain Martin is Vice-Chancellor and President of Deakin University in Australia. 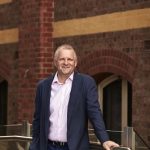 Professor Martin grew up in the United Kingdom and attended the University of Leeds where he completed his medical degree, doctorate and Master of Education. After graduation he trained as a surgeon specialising in gastrointestinal and laparoscopic surgery, whilst holding clinical academic appointments. 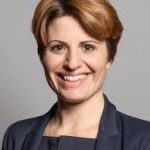 Emma Hardy was born and brought up in the East Riding – a few miles from the seat of Hessle and West Hull that she now represents in Parliament. Before becoming an MP, Emma was a primary school teacher for over ten years.
She left teaching in 2015 to become a full-time organiser for the National Union of Teachers, and served as Deputy General Secretary of the Socialist Educational Association before being elected to Parliament. Following her election in 2017, and subsequent re-election in 2019, Emma has risen in the Labour Party to become Shadow Minister for Further Education and Universities in 2020.Teaching and education are at the forefront of Emma’s agenda and she is constantly fighting to ensure all of our young people receive the educational provision and support they need. 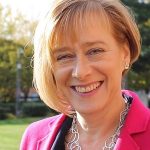 Professor Jane Harrington joined the University of Greenwich as Vice-Chancellor in December 2019. She has worked in Higher Education for over 27 years and her specific interests include teaching excellence, the student experience, widening access into higher education and social mobility and improving partnership working across the business, community and university sectors.
Before joining Greenwich, Jane was Deputy Vice-Chancellor and Provost at the University of the West of England, Bristol (UWE, Bristol) for five years and previously worked in senior roles within the university’s Faculty of Business and Law, including holding the role of PVC and Executive Dean.

Jane began her career as a Research Associate and became a full-time lecturer in 1990, completing her PhD in 2000. Jane is proud of the fact that she was the first member of her family to go into Higher Education and recognises how education transformed her life which she strives to achieve for all students.

Jane has held numerous external roles including chair of Cabot Learning Federation (a large multi academy trust), a director of 91 Ways, a member of Bristol Women’s Commission, a member of the South West CBI, chair of the South West Chartered Management Institute, vice chair of CABS. Jane is passionate about education and about the power of partnerships to transform young people’s lives and to provide skills into the regional economy. Jane in her spare time enjoys her charity work with 91 ways and remains a member of Cabot Learning Foundation. Out of work Jane enjoys yoga, travelling and walking as well as an avid fiction reader 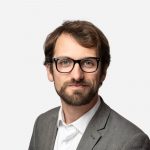 Ben is a Senior Policy and Advocacy Adviser at Wellcome. His role involves monitoring and influencing the factors which support good science – from Government investment, to research culture. He has previously held roles at the Academy of Medical Sciences and the Medical Research Council, after completing a PhD in virology at Imperial College London. 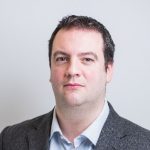 Public First, which works with some of the biggest organisations in English education to help them shape their message and improve policy.
Jonathan has spent the past fifteen years working in and with government on education issues– including eight years in government including a spell in the No10 Strategy Unit; as the Head of Education for the think tank Policy Exchange; and working in international education for the global charity Varkey Foundation. In these roles, he has written extensively on all elements of the English education system and is a frequent media commentator and columnist. Jonathan is a Member of Astrea Multi Academy Trust, a Trustee of Education Development Trust and of the Anthem Multi Academy Trust, and is the co-founder of Greenwich Free School. 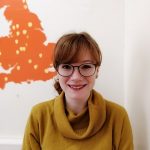 Rosie is the CEO of Student Minds, the UK’s student mental health charity. Student Minds develops innovative approaches to support healthy university communities, collaborates on research, and empowers students, university professionals and connected communities to create change. Rosie has been working on the issue of student wellbeing for several years. She became Student Minds’ Chief Executive Officer in 2015, and prior to this worked in a range of student facing organisations in roles involving campaigning, volunteer management, fundraising, and programme development.

Over the last few years, Rosie has overseen the development of the University Mental Health Charter, a government-backed, research-led initiative which will reward universities taking preventative, whole-institution approaches to mental health. She has been undertaking a Churchill Fellowship to explore preventative approaches to student mental health and was awarded an OBE in 2019 for services to Mental Health in Higher Education. Outside of work, Rosie is a trustee for the Mental Health Foundation and enjoys being inspired by a feminist book, play or film. Find Rosie on twitter: @rosietressler.