Skip to content
University Alliance > About us > Our team > Vanessa Wilson 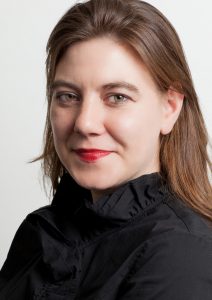 Prior to the University Alliance, Vanessa held the role of Director of Commercial and Communications at UK Sport, the government’s lead agency for delivering elite sporting success and major sporting event hosting in the UK. During her 7 years at UK Sport, Vanessa worked on four Olympic and Paralympic Games including the Games hosted in London and the historic Rio Games at which Team GB and ParalympicsGB won more medals than were won at the host games in London to secure 2nd position on both the Olympic and Paralympic medal tables.

Concurrently between 2014-2018 Vanessa was an external trustee and Deputy Chair at the University of Lincoln Students’ Union a role which brought Vanessa to the heart of the issues facing Higher Education from a student and a student union perspective, a role that Vanessa found immensely rewarding.

Vanessa’s priorities as CEO will be to review UA’s core vision, mission and objectives, working closely with members and collaborating with partners and stakeholders across the sector. Vanessa will also look to strengthen UA’s business model, and member services as well as sharpen UA’s public positioning and influence, whilst building a broader coalition of partners.