The Robot House at the University of Hertfordshire

The University of Hertfordshire’s ‘Robot house’ is a unique research facility for human-robot interaction; at the forefront of designing assisted living technologies and innovations to support healthy ageing and independent living.

The house’s ground floor has been adapted into a unique research facility for human-robot interaction. It is equipped with the latest generation of robotics platforms, including state-of-the-art care robots for assisted living.

Researchers use the facility to explore new ways to make collaboration between robots and humans more effective. Following funding from the Engineering and Physical Sciences Research Council, the Robot House facility is now open to both external academic groups and industry for research, development and testing.

“The overarching aim of our research is to design and test scenarios in which robots and people can do things together on an equal footing.”

University of Hertfordshire researchers are using Robot House to explore how to ensure robots act in a socially acceptable way to engender trust among the people that interact with them. Many of their research projects are focused on investigating how robotics technologies can support independent living in later life.

An ESPRC Strategic Equipment award – a key initiative designed to enhance the UK’s scientific capability in national priority research areas – has funded the purchase of the latest robotics hardware and systems upgrades.

This has allowed University of Hertfordshire to open the doors of Robot House 2.0 to external research groups and industry in the UK and internationally. Robot House is listed as a capital facility in the EPSRC UK Robotics and Autonomous Systems (RAS) Network. Having upgraded the Robot House facility and installed new robotic systems, Hertfordshire are in the process of preparing new funding bids. Research groups interested in collaborating with them in joint bids should contact us.

University of Hertfordshire are currently supporting two PhD students through the European Commission’s Marie Sklodowska-Curie Fellowship scheme. One project is using the Robot House to explore the factors that influence whether humans trust robots; another is looking at how robots should approach humans – in terms of their movement and behaviour – in a residential setting.

One ongoing project, aims to asses how potentially conflicting safety and social behaviour requirements on a robot may be managed. Researchers are conducting a series of experiments which examine the social acceptability of certain robot behaviours, and the effect that these have on a user’s willingness to respond to the robot’s safety alerts.

The development of the Robot House facility has been shaped by a series of collaborative EU-funded projects involving University of Hertfordshire.

The ACCOMPANY project used the robotic home assistant Care-O-Bot 3 inside the Robot House to develop and test new technological solutions for supporting older people in a motivating and socially acceptable manner. Herts continue to operate this robot alongside its successor Care-O-Bot 4, the only one currently in the UK.

The LIREC project (Living with Robots and Interactive Companions) used the Robot House to develop robotics technologies that can assist people in the home environment, while the Cogniron project studied the reasoning and learning capabilities of companion robots in human-centred environments. These are more detailed descriptions of concluded research projects that have involved the Robot House.

Research carried out inside the current and previous iterations of the Robot House has resulted in numerous journal papers and conference proceedings over the last decade. Please refer to the list of publications. 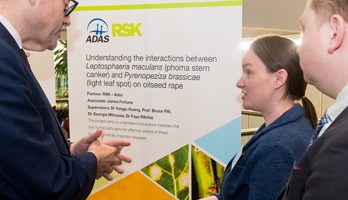 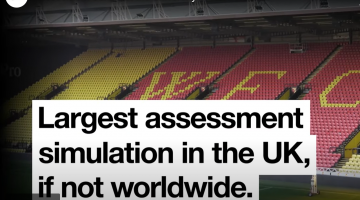