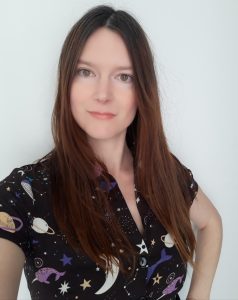 Dr. Dannielle Green is Associate Professor at the Faculty of Science and Engineering, Anglia Ruskin University

I am a marine ecologist and an expert in plastic pollution research. During my PhD in Dublin, Ireland, I lived by the sea and noticed an unsightly amount of plastic packaging on the beach one day after a storm. I was inspired to research the kinds of impacts that this, and any resulting microplastics, could have on marine ecosystems – so I submitted (and won) a grant for an Irish Research Council postdoctoral fellowship on plastic pollution.

I am from the Blue Mountains in Australia and grew up in a small town in the middle of the bush. We lived a 4 hour drive from the coast but whenever we went, it was the most amazing thing to me and inspired me to choose to study marine science. It sounds like a cliché, but I wanted to save the world!

My honours project (which is a year of pure research in Australia) was on biodiversity in intertidal habitats, and was supervised by Professor Gee Chapman, who is a world leading marine ecologist. To date, this year was the steepest learning curve I have ever endured. She held me accountable for my project and was strict but fair. That year was incredibly challenging but it shaped me into the scientist I am today. I then won a funded PhD to work on invasive species in Ireland, so this is what led me to move to the other side of the world.

Whilst I have experienced negatives, I want to focus on the positives. In the conservation work I do, I have worked with many excellent, passionate and inspiring women. In fact, I would suggest we outnumber the men. As an outspoken Aussie woman I tend to “call things out” and am not afraid of confrontation. I think that having open, and even difficult, conversations and being open to compromise is vital for improving things for everyone.

As a female it is common to experience unconscious bias from colleagues and students. For example, across Higher Education, student evaluation surveys often feature inappropriate and judgemental comments for female lecturers more so than for male lecturers. Raising awareness of unconscious bias might help to improve things.

I mentor early career women scientists (students, PhD candidates and research assistants). I have also increased my representation of women (from a variety of different backgrounds) in the seminar series I run and in my lectures, to emphasise that there are role models for everybody in science and conservation.

Whilst many women choose to study science at university, within STEM in general, there are still fewer women than men in senior roles and fewer women appointed to boards and in positions of power relating to policymaking for example. Having a diversity of decision makers is extremely important for achieving outcomes that represent the perspectives and experiences of the wider public.