Dr. Sally Akehurst is Head of the School of Human Sciences at the University of Derby 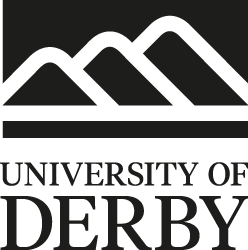 science. My research centres on performance under pressure; the mechanisms by which performance breaks down, and contributory psychological and physiological factors. I believe this interest stemmed from some personal experiences as a young sport performer where, in a high-pressure situation, I would sometimes experience a loss of performance. These negative experiences were unexplained at the time, but hugely impactful, and as I started to read sport and exercise psychology in my degree, I developed a thirst for knowledge and understanding of this area.

I remember studying a particular theoretical model within sport psychology and being fascinated by the intricate relationships of psychological and physiological factors that impact performance outcome and how we can model these. My passion was ignited and the opportunity to combine my love of sport and psychology paved the way for my career. From reading about this theoretical model and seeking out the author, I subsequently secured an MSc and later a PhD within the field, which was a game changing moment for my career.

Having led a sport and exercise science department and now a School of Human Sciences, I truly believe that women can be successful in arenas that have previously been predominantly male. It is hugely important that aspiring women in these fields are supported on their journey as it is not always easy but provides diversity and value that I believe is needed now and in the future.

I like logic and process, cause and effect, and I have the need to understand the how and the why. I believe this has underpinned my move towards a career in science, as it enables you to explore those elements and answer questions that you are curious about. By reading, researching and testing hypotheses we can contribute to knowledge.

I have always enjoyed supporting others. As a sports coach for many years, I was passionate about developing skill and performance in others and as a sport psychologist, I thrived on being able to support athletes to reach their potential. I believe I was attracted to academia because it gave me another avenue to teach, support, mentor, and coach others on their journey, whether that be through lecturing, research supervision, or mentoring colleagues in their career trajectory. Through this we can positively impact scientific knowledge and innovation and translate it into real impact on health and performance in society.

Reflecting on my educational years, I realise some key figures stand out for me. At school and college, it was key teachers that supported, encouraged, and showed confidence in my abilities. At university, there was one lecturer in particular who recognised and nurtured my skill and interests and another who inspired me through their knowledge and wisdom. During my career, strong female peers have provided support and guidance, and significant male allies have shown belief and endorsement at crucial times.

My experience as a female scientist has required me to have drive, dedication, resilience, and belief to keep pursuing my potential, overcome hurdles, face challenging environments and prove to myself and others I can succeed in this more male dominated world.

I have had to get used to predominantly male environments. Finding allies has been important to help break through potential stereotypical barriers. I have worked tremendously hard at each stage of my career to put myself in a strong position with regard to my skill and knowledge, in order to operate at a high level when in those challenging environments. But ultimately, being a woman scientist has been hugely rewarding. Working in a science that provides the opportunity to add to new knowledge, help others unlock their potential, and hopefully show young aspiring girls and women that science is a field within which they can succeed.

My experience of barriers as a woman scientist in the world of sport, operating in my different roles, has been predominantly related to stereotypes and the resulting impact of these in the environments within which you are operating or trying to enter. Although improving, they continue to impact a number of women in these fields.  There is pressure on women to prove themselves, overcome preconceptions, and even change their appearance to fit in. Having to get used to being the only woman in a setting, trying to be heard and gain respect in an environment not used to a woman’s voice, feeling pressure to prove your position and be accepted, and maintain belief and confidence in the face of adversity, are just some of the challenges that are experienced along the way.

As a trainee sport psychologist, I was once advised that I would have to change the way I looked if I wanted to be successful in applied sport. I remember how this made me feel and made me even more determined to prove the opposite. It is not about appearance, but it is about professionalism, skill, knowledge, and performance. We need to challenge these stereotypical beliefs and behaviours, and create environments that are diverse and inclusive so that women do not feel like intruders and can embrace the world of science positively. Then we can benefit from the broadest range of talent and maximise the benefits that diversity brings. I think this is happening, and increasingly male allies play a key role in enabling this transition.

As Head of School of Human Sciences at the University of Derby, I take the opportunity to support women in science every day. We have a fantastic group of women scientists spanning biomedical science, forensic science, and sport and exercise science. They make up a growing proportion of our academic team with the ambition to see further growth in coming years.

I am currently working on a new project that aims to enhance diversity in science, increase collaboration, opportunity, understanding and engagement to help in the quest to break down barriers and enable women to prosper. Although early in the journey, I have once again found support and encouragement from a strong, positive woman that has given me the belief in being able to make a difference.

The inspiring story of Katherine Johnson, an African-American mathematician for NASA, sums up for me the importance of empowering women in science. Hidden Figures, a film adaptation of Johnson’s significance and impact in the success of NASA operations, depicts for me the importance of recognising skill and talent for what it is, not who holds it, and how embracing this approach will result in greater potential, innovation and success in the future of science.