Amplifying the voice of consumers in advancing fair trade and sustainability

Understanding and listening to consumers is essential to promote fair trade and sustainability, says a Kingston University expert who shared some of her research findings during Fairtrade Fortnight.

Ethical consumer behaviour and sustainability expert at Kingston Business School, Dr Smirti Kutaula, has been examining buying behaviour and perceptions of fair trade and environmental issues in the UK and India.

Dr Kutaula has interviewed consumers on the environmental aspects of fair trade and whether they consider sustainability when purchasing fair trade products. As fair trade is now present in emerging markets as well as developed countries, her research compares purchasing behaviour in both situations.

While some fair trade proponents focus on sustainability in addition to fair wages for producers, Dr Kutaula emphasised that it was also important to consider the attitudes of consumers and what influenced their purchasing decisions.

“There is a drive in the fair trade community to embrace the principles of a circular economy, which means reducing, reusing and recycling, rather than a linear economy of making, using and disposing,” explained Dr Kutaula.

“As well as promoting sustainability by changing how products are produced and the packaging they come in, we also need to consider consumer behaviour and what motivates people to support fair trade and buy fair trade products.

“It is important to amplify the voice of these consumers and how they can better engage with these principles, for example, you can incentivise consumers to buy products that are recyclable and that are also fair trade.”

The theme of this year’s Fairtrade Fortnight, which runs until Sunday 7t March, is climate change and the threat this poses to fair trade producers who are at risk from droughts, floods and crop disease in climate-vulnerable countries. 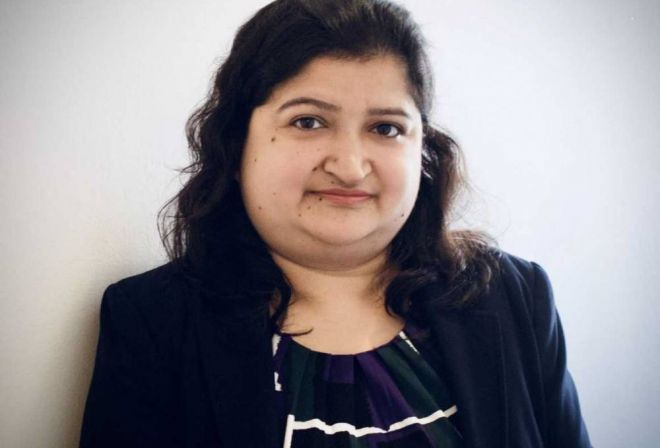 As part of her research, Dr Kutaula asked shoppers whether they had heard of fair trade and what it meant to them; whether they bought fair trade products; and if the concept of reduce, recycle and reuse influenced their shopping behaviour. She presented some of her research findings during a virtual panel discussion run by Kingston University to mark Fairtrade Fortnight. The event discussed the merits of fair trade in relation to social justice and climate change.

Dr Kutaula’s research has found that consumers are conscious of individual responsibility – the idea that the individual, as well as the state, should support fair trade – and of the benefit to future generations of buying sustainably-produced fair trade products.

Participants also mentioned empathy – being mindful of the situations of others and the impact their purchasing choices could have on those people.

A circular economy aims to reduce consumption and encourage consumers to reuse as much as possible so, for example, wearing new clothes more than a few times and giving them to family members or charity rather than disposing of them, explained Dr Kutaula.

“Being part of a circular economy benefits fair trade producers as they receive a farer wage, work more sustainably and resources are reused,” she added. “As well as focusing on this goal, it is also important to collect data on what motivates people to buy these products so that they can be encouraged to continue shopping in this way.”