Skip to content
University Alliance > Uncategorized > Carbon8: made at the University of Greenwich

Carbon8: made at the University of Greenwich

Carbon8 Systems, a company launched from the University of Greenwich, signed an agreement with French cement company Vicat Group to deploy its leading technology in a mobile plant that can strip CO2 directly from flue-gas and mineralise it to make construction products. The worldwide cement production industry is thought to be responsible for approx. 5% of global emissions but Vicat are aiming to be Carbon neutral by 2050. 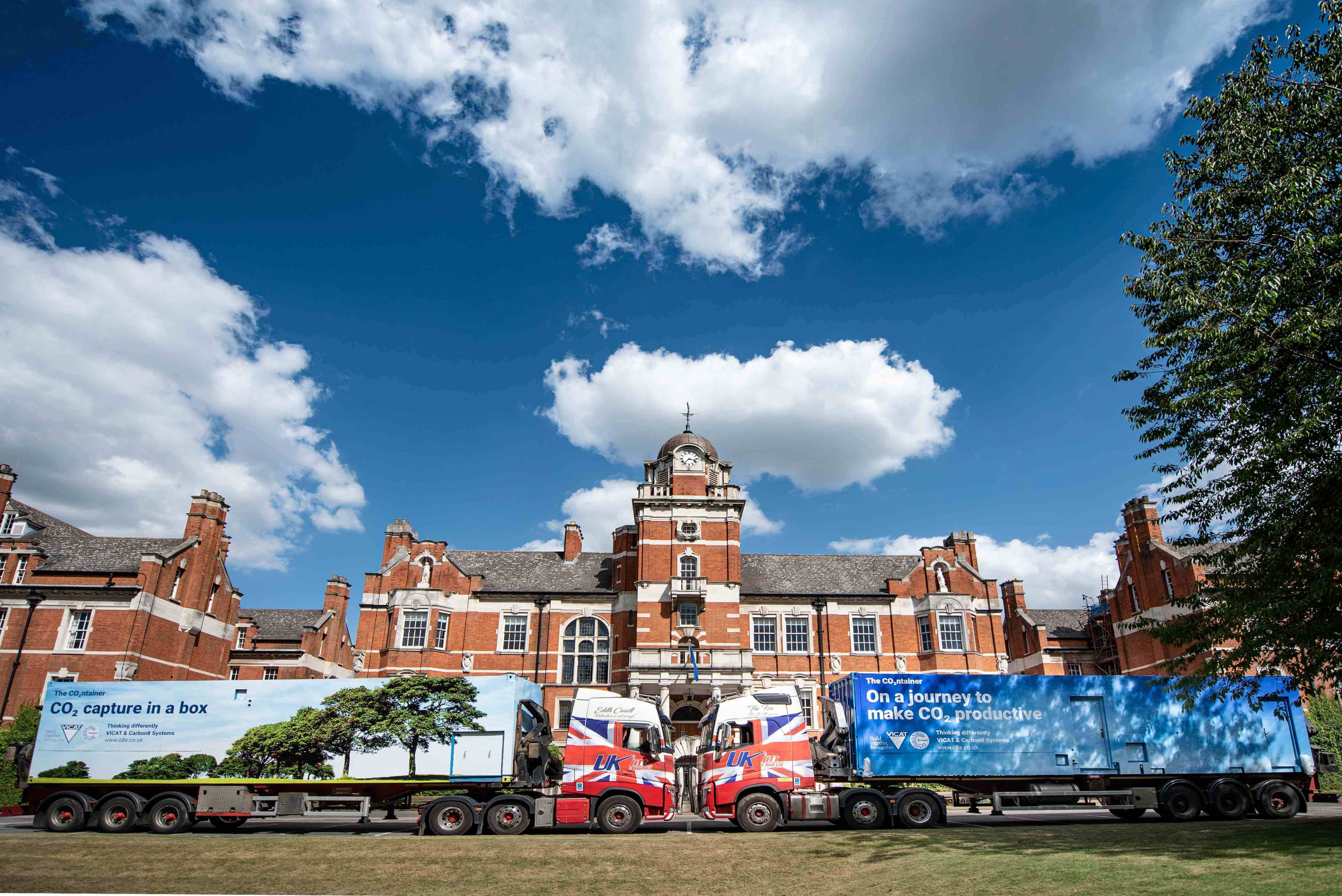 It is Carbon8 Systems’ first commercial deployment of its CO₂ntainer system. The CO₂ntainer will be directly integrated into Vicat’s existing industrial processes and capture CO₂ from the plant’s flue gas emissions. The captured CO₂ will be used to convert cement bypass dust into lightweight aggregates, through the use of Carbon8 Systems’ patented Accelerated Carbonisation Technology (ACT) solution.

The mobile plant is to be stationed at the Montalieu cement plant near Lyon, France and recently made its journey from the UK to France stopping off at its birthplace just outside of Pembroke, Medway in Kent to mark where the technology was invented.

In its first phase of operation, Carbon8 Systems’ CO₂ntainer will process and convert up to 12,000 tonnes of cement bypass dust into valuable construction aggregates. Vicat can commercially repurpose the aggregates in various applications, for instance in lightweight concrete blocks.

Discussions are now under way to deploy the mobile plant technology in the UK, elsewhere in Europe and in North America.

Professor Hills was immensely proud of the technology that the University had developed and said:

‘This first deployment shows that the University of Greenwich’s work remains World leading, and is even more relevant as the impact of climate change accelerates.’